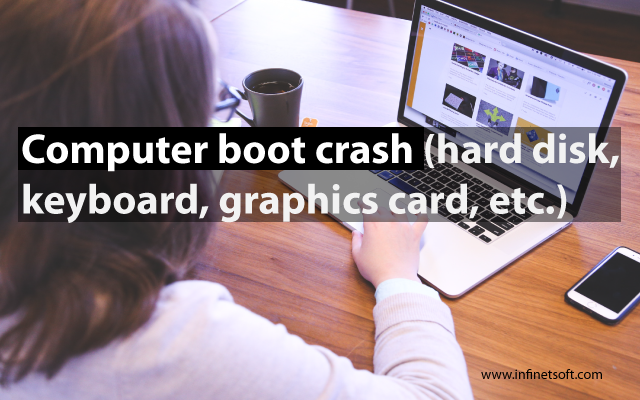 First, the computer caused the hard drive to crash

2. The hardware interface, the hard disk data cable interface, and the hard disk interface on the motherboard have problems, resulting in poor contact (often loose), and may cause the computer to crash when it is turned on.

Second, the keyboard caused by the computer boot crash

The ps/2 interface is broken. When you press the keyboard, it usually makes a squeaking sound. Not every time the button is pressed, it may sometimes be emitted sometimes.

Fourth, the memory caused by the computer boot crash

2. If it is turned on, the motherboard will emit a short beep for a long time, and it may crash, which may be caused by a broken memory. If there are more than two memories, leave only one to see if there is still a problem, or plug the memory into another computer to test.

When the memory is loose, the motherboard will make a long beeping sound; in this case, simply unplug the memory and fix it.